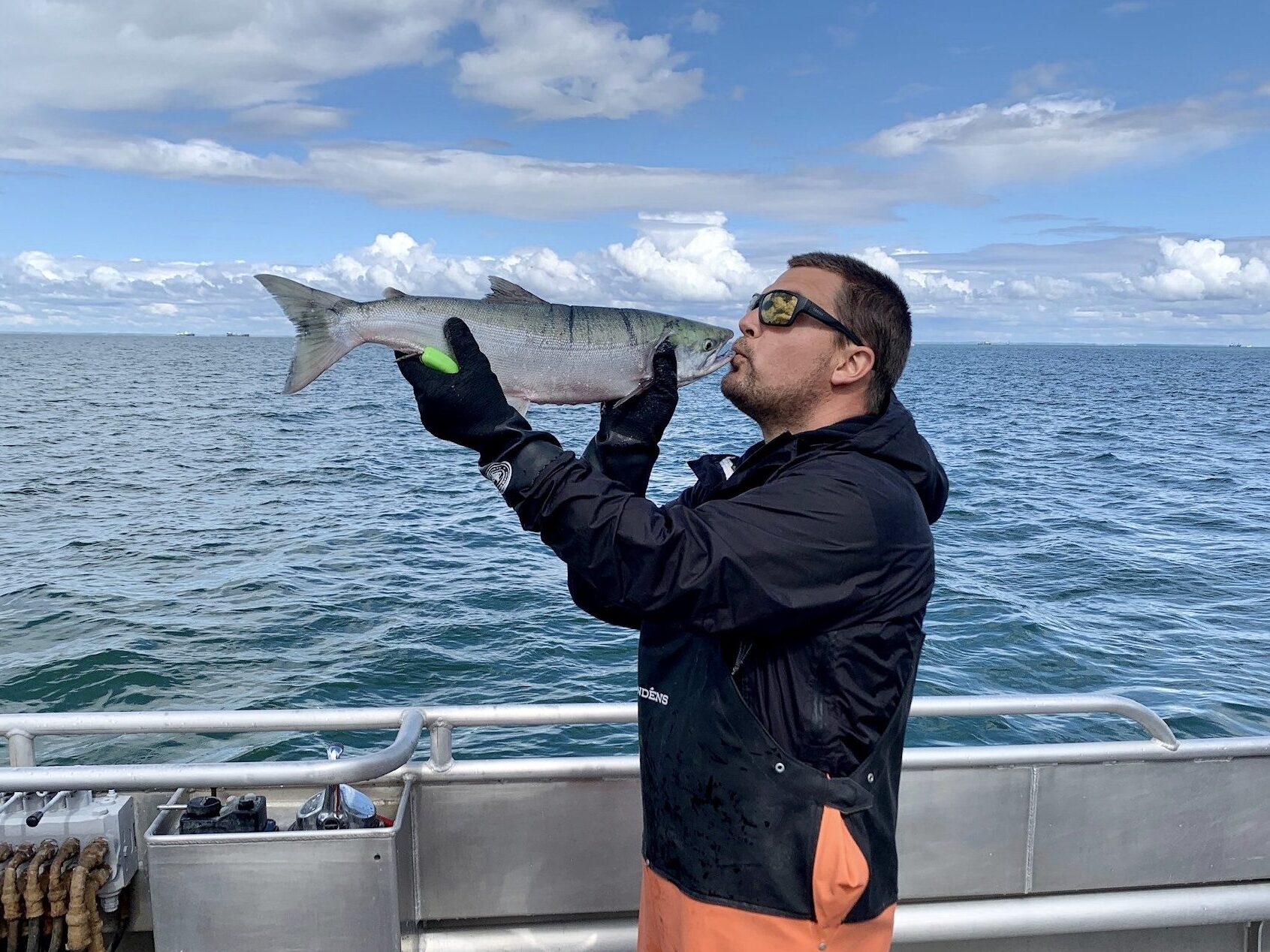 Meet Lange Solberg, Business Development Manager for Real Time Data’s North America operations. For two years, Lange has expanded RTD’s Australia origins into commercial fishing markets in the US and Canada. With offices based on Bellingham, Washington’s working waterfront, Lange continues to work hard at making RTD’s flagship product, the Deckhand electronic logbook, a tool that will enable fishers to move away from paper-based electronic reporting and make their fishing businesses more efficient. Lange is not a software developer; instead, he is an experienced fishing industry professional and spends his time out in the field testing the product and engaging with fishermen when he’s not in the office.

For the months of June and July, Lange puts on his captain’s hat and runs the F/V Iceberg Point, a sockeye salmon vessel in Bristol Bay, Alaska. Lange is a third generation fisherman and began fishing on his father’s boat at the age of 12. In 2013, he took over the family business and has reinvested and expanded the fishing operation in subsequent years.

He has been fortunate to be able to integrate his successful fishing business into his work with Real Time Data. With a master’s degree in marine affairs from the University of Washington, Lange has been able to marry his passion for fishing and being on the water with his passions for exploring the intersection of sustainable fisheries and innovative technology.

Working closely with software developers and company leaders in Australia, Lange and his North America team have been working to integrate Deckhand with the Greater Atlantic Regional Fisheries Office of NOAA Fisheries. When deployed, Deckhand will allow fishers with federal permits to submit electronic vessel trip reports (eVTRs) on the first platform of its kind in North America.

“As fishermen begin using Deckhand to submit eVTRs, a ton of product design and development will have been accomplished that really needed to happen to ensure a successful debut into all US and Canadian fisheries. Our development team is incredibly talented and making amazing strides. Momentum will only accelerate,” he said.

When not commercial fishing or on the job with Real Time Data, Lange has recently been repowering and refitting his 32-foot Bristol sailboat in his hometown of Bellingham and spending time on Lopez Island (part of the San Juan Island archipelago) on the family farm. Most importantly, Lange can’t get enough of his young daughter, Freja and wife, Carley, who is also a commercial fisher in Alaska.